Shitao (1641-1707), known as Zhu, is ruoji, Guilin, Guangxi. Zhu Shouqian, king of Jingjiang, Ming fan, was born of Zhu HENGJIA. After 1645, he became a monk, and was named as the original aid and one was Yuan Ji. Small characters a Chang, the word Shitao, the number of dadizi, small passengers, the Qing Xiang heritage, blind respected, old people, the old man, Kugua monk, etc. Good at flowers, fruits and vegetables, orchids and bamboo, and also a working character, especially good at landscape. His painting power is "searching for the best peaks and making drafts". On the contrary, it is against the ancient wind at that time. Its composition is novel, the strokes are vigorous and upright, incisively and soundly, and the calm atmosphere is contained in the vigorous and vigorous manner, and the face is unique. Calligraphy is divided into Li, and good at poetry and writing. He was named "four monks" in the early Qing Dynasty. Shitao is one of the most creative outstanding painters in Ming and Qing Dynasties, and has made a unique contribution to the painting art and became a master of painting in Qing Dynasty. 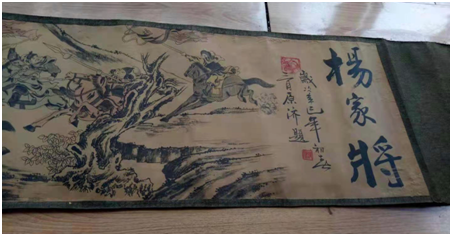 Shi Tao is good at poetry and painting. He is good at landscape painting and also works with orchid and bamboo. His landscape is not limited to learning from a certain school, but widely imitates the advantages of previous painters, changes the traditional brush and ink techniques, pays attention to learning from nature, absorbs the source of creation from nature, and improves the performance techniques. The writing style of the work is fluent and dignified, soft and elegant, especially good at dribbling, dense and colorful; Dry and wet with thick and thin ink, or simple ink, or thick and moist, full of changes; The composition is novel, or the panoramic scene is broad, or the local close-up, the scenery is prominent and changeable. The painting style is novel and strange, vigorous and unrestrained, vertical and horizontal, and full of business. Its flowers and birds, orchids and bamboos, also informal, self-expression of the mind, refreshing ink Junmai, dripping Qingrun, very rich personality. At that time, Shi Tao's paintings were more famous than the world. Because he had a good view of the famous mountains and rivers and "searched all the strange peaks to draft", he formed his own unique style. Shi Tao is good at using ink. He combines dry, wet, thick and light. He especially likes to use wet pen. Through the infiltration of ink and the fusion of ink and brush, he shows the dense atmosphere and deep state of mountains and rivers. Sometimes the ink is very thick, the ink is dripping, and the sense of space is strong. He is skillful in writing. Or fine brush outline, rarely Cun rub; Or thick line hook, Cun point and use. Sometimes the pen is smooth and fluent, and sometimes the pen is clumsy in many ways. 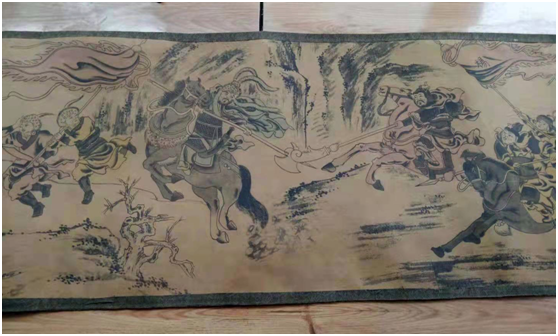 Shi Tao, a painter in the early Qing Dynasty, formerly known as Zhu ruoji, is one of the four monks in the early Qing Dynasty. Shi Tao is a very important figure in the history of Chinese painting. He is not only an explorer and innovator of painting practice, but also an art theorist. He is good at landscape and figure painting, In the middle and late Qing Dynasty, Dong Qichang, a painter of the Qing Dynasty, advocated the painting technique and style of returning to the ancients and visiting tombs. In his later years, Shi Tao summarized and sorted out his experience and theory of painting practice for many years, which made his works more mature and colorful. Therefore, he made such a masterpiece as Yang Jiajiang, which is one of the rare works in the middle and late Qing Dynasty, Shi Tao was one of the painters in the Ming and Qing Dynasties. His works have been collected by many collectors and museums. They are very precious and have high artistic, research and collection investment value. 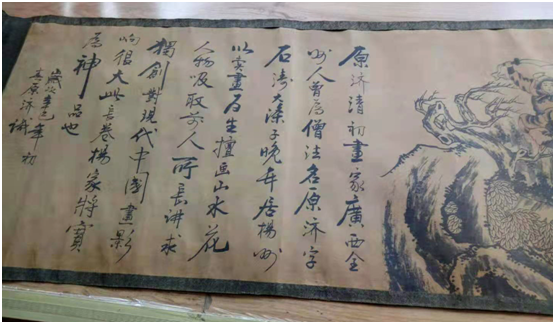 Shi Tao is known as "the first person in 300 years since Qing Dynasty". When he was alive, the name of the painting had spread all over the world. In the contemporary art market, Shi Tao's works are even more popular, affecting even overseas. On October 8, 1995, China's Jiade Autumn Auction launched Shi Tao's "bamboo and stone painting" scroll, which was sold at a price of 4.73 million yuan at that time. Since entering the 21st century, China's art auction industry has developed rapidly, and Shi Tao's works are no exception. On October 2, 2005, Zhejiang Haohan launched Shi Tao's bamboo and stone painting, which sold at a high price of 19.25 million yuan, making the auction price of Shi Tao's works exceed 10 million yuan for the first time. At the auction in 2009, the contemporary art plate was all green. Therefore, collectors have focused on the ancient calligraphy and painting works with long-standing precipitation and stable value. In this context, Shi Tao's works are not only sold at high prices, but also have a new breakthrough in the market price. According to the ranking of "total turnover of individual works of ancient Chinese painting" published by the website, Shi Tao ranks second only to Badashan people. It is particularly noteworthy that in the art auction market in Nanjing in early 2011, Shi Tao's "Fujian tour farewell landscape volume" sold at a sky high price of 135 million yuan, which set off a wave of pursuit of Shi Tao's paintings, making the auction price of Shi Tao's paintings reach a high level in history.